Inflammation is a word mostly associate with injuries; you have sprained ankle and it is puffy and swollen = inflammation. When that happens, your body is actually healing itself and repairing damaged tissues and cells. Inflammation can also be a negative side affect in your body. A major cause of inflammation in the body is weight gain.

You might have noticed after being on Ideal Protein, the inflammation in your body has decreased – less aching, soreness, or chronic pain. Arthritis or fibromyalgia symptoms improved, acid reflux goes away, or you just have loser joints and are able to move more freely; all due to decreased inflammation in the body. So why is weight gain a cause of inflammation?

Think about the foods you are putting in your body on plan compared to the foods before plan. Generally speaking, most people before plan were eating foods such as pizza, cokes, fast food, and processed foods. Now you are eating fresh veggies and protein . . . big difference. The bad foods you were putting in your body were essentially making you chronically sick. Those foods activate your immune system, and even at low levels will cause the inflammation in your body.

Let me write that again: THOSE FOODS WERE MAKING YOUR BODY SICK!!!!!

Who wants to be sick all the time?! Not me! One of the most common responses we have from dieters is that they just feel better when they are on plan. That is because their body does not have to be in an inflamed state all the time fighting the junk! The inflammation is your body trying to defend you from the bad foods; your body is fighting back against the junk foods and if it consistently has to fight, your body will get tired and worn out of always being in a state of inflammation – making your tired and your body less efficient and easier to gain weight.

Think about this: if you cheat while on plan (of course none of our dieters would ever do such a thing!!) when you come into weigh your inches or weight mostly likely has gone up. That is because you have caused your body to release its defense system and fight which has caused inflammation.

Check it Out! NEW COOKBOOK 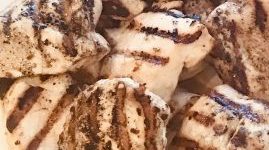 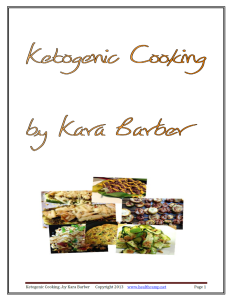 For more than 50 years Douglas Laboratories has been at the forefront of the nutritional health industry, product researching, developing and manufacturing superior–quality, science-based dietary supplements to help people improve their health. Douglas Laboratories is proud to offer one of the largest and most innovative selections of premium products in a comprehensive range of forms manufactured in GMP–compliant, state–of–the–art facilities.